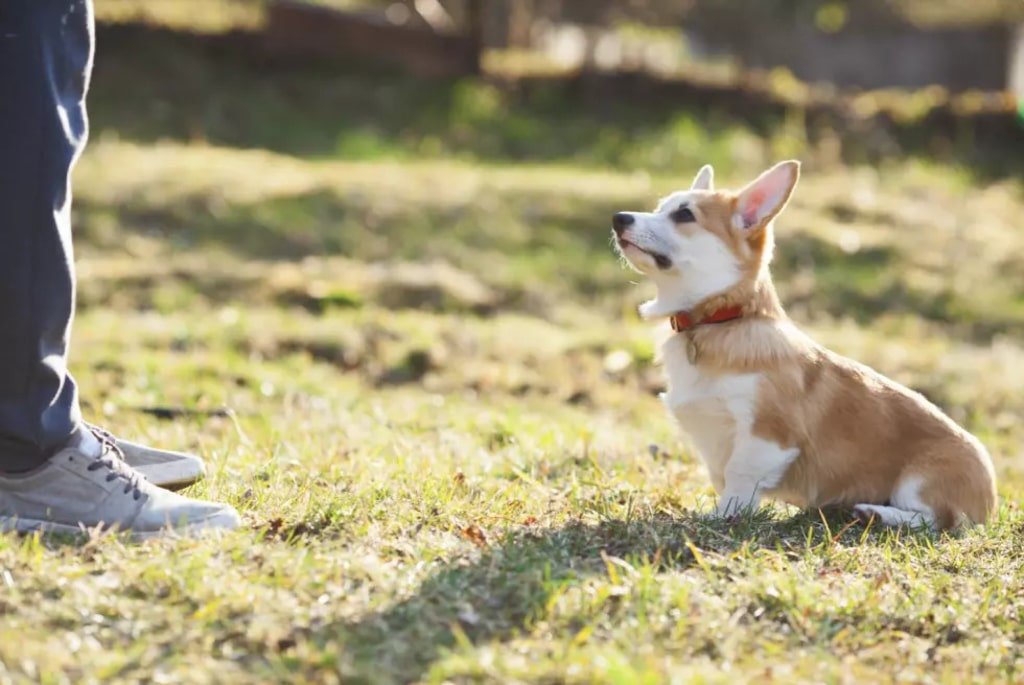 The dominance theory, also known as the alpha theory, has been high in the pecking order when it comes to dog training for decades now.

Dog owners and dog trainers alike will talk about being a “pack leader”, an “alpha” to your dog, about dominance and showing our pets who’s boss.

Many popular dog trainers (on and off screen) will tell you your dog doesn’t see you as a “leader” so that’s why it doesn’t listen — That your dog is exhibiting unwanted behaviour because it wants to assert its dominance over you.

These trainers will use fear, intimidation, and force to make the dog obey.

We have all heard or experienced this firsthand before.

But how did the theory come to be?

The Origins & History of The Alpha Theory

The dominance theory first came to be in the 1930’s and the 1940’s when two Swiss researchers observed a pack of unrelated wolves in a zoo.

What they saw was a dynamic based on competition.

There was an “alpha pair” of a male and a female, the most dominant wolves, who had to constantly defend their position from the others.

There was a pecking order and a chain of command.

The scientists concluded that the dynamic in a wolf pack is one based on constant competition to achieve dominance.

In addition, they extrapolated that since wolves in captivity exhibit this behavior, then the same must apply to both packs of wild wolves and their domesticated counterparts – our dogs.

Similar hierarchical constructs were observed at the time in other animals – birds, primates, hens, etc. so it seemed only logical.

The Start of Alpha Dog Theory

He is a renowned biologist, specializing in wolves. His early work at the time completely backed the Swiss’ observations on how wolf packs operate in captivity. His findings were similar and the theory held true.

Later on, in the 2000s, after years of observation and study, he completely reversed his stance.

He concluded that while in captivity there is a rigid hierarchical status in which there is an alpha male and an alpha female, it’s not the same in the wild.

In natural wolf packs, the alpha male and female are merely the breeding animals.

They are the parents of the pack, and dominance contests with other wolves are rare, if they exist at all.

He argues the term “alpha” in relation to wolves carries no more information than calling a human parent “alpha”.

Typically, a pack of wolves consists of the mother and father, as well as the pups. The pups would stay until adolescence before they venture off to find their own mate and form a new pack.

Therefore, the terminology is falsely implying that there is a rigid, force-based dominance hierarchy, when there isn’t one.

It would also be false to assume that the findings of wild wolves can be directly applied to other species.

“Alpha Dog” training methods grew in popularity quickly because it provided short-term quick results that were undeniable at a glance.

If your dog was nipping, “putting it in its place” would quickly curb the behavior.

Dog owners were satisfied with that because on the surface, the “issue” was resolved.

But that mentality completely disregards the underlying issue.

Barking, lunging, snarling, biting are usually simply symptoms of an underlying or a larger issue.

By addressing symptoms by only suppressing them. instead of actually resolving the problem, you end up creating more problems.

In other words, a massive problem, when you subscribe to the alpha theory today, is that it oversimplifies dog behavior.

Any and all undesired behaviors are either deemed “dominant” or “trying to be dominant”.

This is extremely unhelpful because it never dives deeper into the “why”.

Why does the dog exhibit the behavior? Is it anxiety, is it fear, is the dog overexcited? Is it simply unable to cope with the situation at this time?

Without the proper understanding of the reasoning behind the symptoms, we cannot aid our dogs fully.

Instead of treating the problem, we treat the symptoms – be that barking, lunging, running away, etc.

While we can suppress the unwanted behavior short-term using force.

But by not resolving the underlying cause, we inevitably transfer those problems to other aspects of our dog’s life as an outlet for that pent-up frustration.

It can transfer to areas in which the dog has never struggled before. A shy, insecure dog can suddenly start snarling at other dogs or people.

Is it trying to be dominant? Or is it just afraid and unsure of the dog or person in front of it?

While there is no definitive cause we can point the finger at and say “that’s why”, there are a couple of majorly contributing factors that keep the dominance theory at the front lines.

The first being – it is still widely adopted by figures of authority.

Everywhere you look, you can find examples of people still using it.

From police dog trainers, TV shows, and prominent dog training figures like Cesar Millan, who has asserted himself as a highly knowledgeable individual when it comes to dog training throughout the last two decades.

This is a dangerous and slippery slope.

We, as humans, have been taught by society to trust, respect and look up to such figures of authority.

When the people we look up to and trust to be knowledgeable are stuck in the last century, so are.

As well as our beliefs on the topic.

Stemming from that first point, the dominance theory is still widely shared as the superior training method because of its proven “results”.

The Dangers of Dominance Training

This is dangerous because results are highly subjective and dependent on the desired outcome.

If you only wish to suppress unwanted behavior by any means necessary as long as the results are observable as soon as possible, then the alpha theory makes sense.

Because force, fear, and avoidance do breed reluctance in our dogs to repeat the behavior out of fear of us retaliating again.

This does achieve short-term results but newer research shows that it is extremely damaging to the dog’s psyche.

It can breed constant stress, fear, anxiety, pessimism, avoidance, PTSD, it also inevitably damages your relationship with your dog, and it destroys any trust it has in you long-term.

The latest scientific advancements show that reward-based methods should be used for all canine training as it offers the most advantages and causes the least harm to the learner – your dog.

Furthermore, dog training should be based on compassion and respect, not fear.

There is no scientific evidence supporting aversive dog training methods as a necessity in teaching common skills, as well as addressing unwanted behaviors.

Not only that but positive reinforcement methods are proven to be effective in both teaching skills and dealing with problematic behaviors while still treating the dog with compassion and understanding.

The way the dog is taught is crucial to its long term well-being and mental development.

Dogs share a very similar brain with young kids aged 2-3 years old. So, parallels between the two can be made.

The stance of the American Veterinary Society of Animal Behavior on the topic is that:

“reward-based techniques should be used for teaching common training skills as well as to address unwanted behaviors. The application of aversive methods – which, by definition, rely on the application of force, pain, or emotional or physical discomfort – should not be used in canine training or for the treatment of behavioral disorders.”

Furthermore, AVSAB states that “There is no evidence that aversive methods are more effective than reward-based methods in any context.”

When choosing the training method, one should be concerned not only with what shows progress and results, but what shows those results while inflicting the least harm both to the dog’s mental development and the human-dog bond.

Just as you’d treat a young kid with understanding and compassion, so should you when dealing with your dog – be that a puppy, an adolescent or an older dog.

They do not understand the norms that society places on them and it’s up to us to teach them.

If a dog doesn’t act as expected, the failure is on us, not them.

Domesticated dogs have been bred to want to be with us. They want to work with us, to be our companions, helpers.

Let’s treat them with love and not with fear.

Let’s do better by them.