Are Dog Parks Good For Dogs? 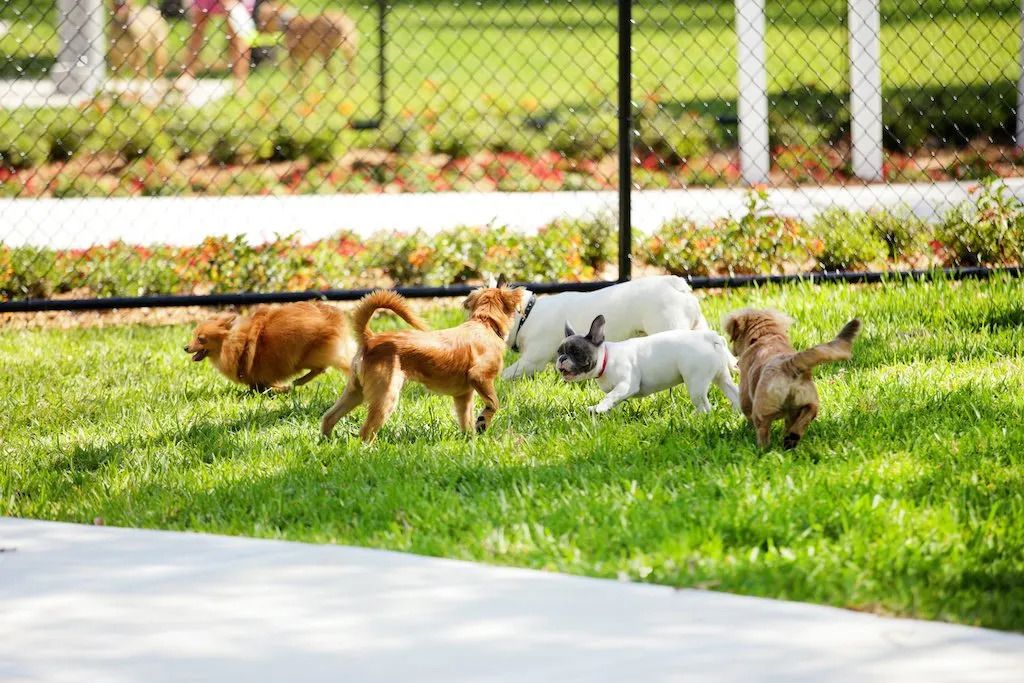 When my husband and I lived in California, we used to take our dogs to the dog park every day.

I genuinely think the dogs enjoyed our dog park visits, but, over time, they slowly outgrow them.

They became less tolerant of the under-socialized dogs that were there.

When body language went ignored, the intensity with which they would communicate with other dogs continued to escalate.

Neither dog ever ended up in a fight, but it certainly could have led to one had I not been as proactive as I was.

Don’t get me wrong, we witnessed a good share of dog fights while we were there.

These fights would never happen “out of the blue”.

It was the same set of circumstances over and over again.

I would sit and watch as an overly-eager, high-strung dog would ignore clear communication signs from other dogs around them: growling, bared teeth, stiff bodies, avoidance…

Eventually, there would be one dog that didn’t want to put up with it any longer and would snap.

Over the years of watching this scenario play out over and over again, I have learned that my dogs have no business being in a dog park.

1. They are often filled with rowdy dogs and oblivious owners

I can’t tell you how many times I have seen dogs barrel into a dog park with no self-control. All while their owners are nonchalantly hypnotized by their phones and paying no mind to their dogs.

Even the best-behaved dogs need to be supervised and corrected on occasion.

2. They are a breeding ground for pests and diseases

Anytime you are exposing your dog to other strange dogs, there is always a chance to transmit diseases or parasites.

The dog flu has been extremely prevalent over the past few years.

Vets are now vaccinating for it yearly but, as with any virus, there is no guarantee that your dog won’t contract it.

Parasites are another problem that often arises in a dog park.

There is almost always a ridiculous flea infestation that seemingly plagues every dog park in existence. (it’s like an all-you-can-eat buffet for those little guys)

Our local dog park once had a tick outbreak that forced it to shut down for several weeks for treatment.

3. They can build bad habits for your dog

I often see people bring toys into a dog park which is a BIG no-no in my book.

Playing with a single toy with 5 dogs creates a very competitive environment that can lead to dogs getting hurt in an accident or due to resource guarding.

If your dog doesn’t resource guard with toys, they can quickly develop RG behaviors when they are surrounded by ill-mannered dogs.

4. They don’t always tire out your dog

Have you ever taken your dog to the dog park for over an hour, only to come home with a dog full of energy?

The truth is that dog parks do not always tire out your dogs.

Most trips to the dog park do not sufficiently stimulate your dog mentally or physically.

Most dogs will go to a dog park, sniff around for a bit, maybe play with another dog or two, then leave.

The mental and physical stimulation is short-lived and will likely result in your dog still having energy when you get home.

5. Your dog REALLY doesn’t need/like to be around other dogs to be happy

You see dogs that jump up onto their humans, hide behind them, stay near the fence, cower, or move away when another dog comes near.

They are doing everything they can to say “I don’t want to be here”.

So many of us think the dog park is good for them or that they are actually enjoying themselves when they are surrounded by other dogs,.but this is not the case.

Dogs do not need other dogs for their stimulation or happiness.

Moreover, you CAN NOT make your dog like other dogs by forcing them to be around other dogs, especially in a busy and unpredictable dog park.

So, growing tension among dogs is inevitable.

My dogs are very mouthy, intense dogs when they play.

This herding play style is usually not compatible with dogs that don’t have a similar play style and can easily lead to conflict.

7. One bad experience can have long-term effects

If something happens at the dog park: your dog is scared, bitten, or a fight breaks out nearby – your dog’s behavior can be affected for the rest of its life.

Your dog doesn’t need to be directly involved in a dog fight in order for its behavior to be altered.

Even just one bad experience can have long-term effects on your dog.

Alternatives to the Dog Park

When Going To Dog Parks

As much as humans love to socialize with other dog owners, I don’t support congregating in large groups with “random” dogs, especially in a confined space. It truly is a recipe for disaster.

There are dozens of different ways that you can exercise and stimulate your dog in an efficient and effective way.

Take some time and find an engaging and enriching activity that you and your dog can do together and next time, skip the dog park.