It’s important to remember that first impressions are everything.

When you introduce two dogs for the first time you should always do it thoughtfully, carefully, and precisely… especially if these two dogs are going to be lifelong housemates.

There are a ton of different factors that contribute to a good “first impression” and hopefully this post can give you the tools and information necessary to successfully introduce a second dog into your family.

Should you introduce a second dog?

A two-dog household is certainly not for everyone, nor is it for every dog. Adding a second dog into your home is not a decision to make impulsively — there’s much more to it than buying extra dog food.

If you are interested in adding another dog into your life, you should sit down and reflect on your home, lifestyle, finances, and your current dog to determine if a second dog is right for you.

There are many reasons not to get a second dog: more vet bills to pay, more food and toys to buy, more poop to scoop, less individual attention for your current dog, more potential behavior problems…the list goes on.

A second dog requires just as much responsibility as your first dog.

If you are not at a place in your life where you are able to take on the additional responsibilities of owning a second dog, then you should wait until you are.

When you are considering getting a second dog, you should ask yourself…

Remember, life is never quite what you expect it to be.

Unexpected things happen and the added responsibility of another dog only makes things harder.

I strongly suggest you make a serious effort to reflect on your ability to support the second dog in your life.

When you are looking to add a second dog to your family you should assess your current dog’s personality.

Is your dog capable of sharing its home with another dog?

Believe it or not, a lot of dogs don’t get along with other dogs.

For some, it’s because they were poorly socialized as puppies.

For others, they simply prefer the company of humans over dogs and would much rather be an “only child”.

At the end of the day, you will ultimately be the one making the decision to bring another dog into the house.

Even though your dog can’t talk with you about that decision, their happiness and comfort should be at the forefront of your mind.

If you think your current dog would love having a companion, you should start analyzing their behavior.

Is your dog the kind of role model you WANT your next dog to learn from?

There is a myth out there that “having a playmate” can fix or correct behavior problems in your current dog.

This couldn’t be further from the truth.

Well, If your current dog suffers from separation anxiety, congrats, your new dog can’t stand being away from you either.

Oh, and your current dog likes to steal food off your plate?

Well, your new dog is going to think that is an awesome idea and try stealing some food as well. You get the point…

If you want to successfully introduce a second dog into your home, you should address your current dog’s behavioral issues first.

When should you get a second dog?

Timing plays a huge role in the successful introduction of a second dog.

There isn’t necessarily a “right time” to bring home a second dog, but there certainly is a wrong time —

Getting two puppies at the same time may seem like a good idea, but it often causes quite a bit of heartache and can even lead to some serious aggression.

Littermate Syndrome is a term that refers to a whole host of behavioral issues that tend to present themselves when siblings (littermates) are raised in the same household.

To make matters worse, littermate syndrome has even been observed in dogs that aren’t related, which is why you should avoid getting two puppies within a few months of each other entirely.

Nearly all professional dog trainers and behaviorists will recommend at least a 6 month age gap between your first and second puppy, if not more.

How to select the right dog

First and foremost, you should never choose your second dog based on looks alone.

It is imperative that your current dog and your future dog have compatible personalities.

When you are selecting a dog, whether it be a puppy or an adult dog, you should ask yourself, “Is this new dog going to get along with my current dog?”

If you decide to rescue an adult dog, the foster parents or rescue should be able to accurately tell you the strengths and weaknesses of that dog to help you determine whether or not they are a good match for your family.

If you are buying a new puppy from a reputable breeder, he/she should be able to match a specific puppy’s temperament to your lifestyle and needs.

Every litter of puppies will have a range of personalities varying from dominant to submissive. Since breeders observe and evaluate their puppies every day, they should be able to match you to the right puppy.

For example, corgis tend to be bossy, high-energy, and controlling.

This means that they likely will not have an issue communicating with each other, but they are highly prone to resource guarding.

If you own a dominant corgi, you should ask your breeder to pick a more submissive Corgi puppy to help curb some of the common behavior problems that occur in 2-corgi households.

In the end, it is your responsibility to select the right dog for your family. It is important to be honest with yourself about your current dog’s needs, as well as your own needs, so you can find a dog that fits that description.

How to successfully introduce a second dog into your family

So, you have decided that you and your dog are ready to add a new member to your family.

When you first introduce the new dogs I always recommend introducing your new dogs in a neutral location (park, etc.) where neither dog will feel territorial.

If all goes well, you can bring them both home — but you should monitor them closely until they become acclimated to one another.

Throughout the entire acclimation period, I recommend using the “SUPER” method.

Supervise I cannot stress this enough: You must keep your eyes on both dogs, at all times, until the adjustment period is over. You should always be in control of their interactions. One bad, unsupervised experience can potentially ruin the relationship for the life of your dogs. If you have to leave your dogs alone, crate them separately.

Understand Keep in mind that this new member of the family was your idea, not your dog’s. There will be an adjustment period that can take a significant amount of time to get through. Be patient and understanding of both dog’s feelings as everyone works through their differences. Know that there will be high and low points during the adjustment phase. Be patient and understanding of what each dog is going through.

Pens Crates and baby gates will be your new best friends. When I introduce a new puppy to my household, there are designated crate times for the puppy and the adult dog. Crates act as a safe space for the dogs to escape to or rest throughout the day. Everyone, including dogs, need “me” time. Also, I like to use the crates to make sure each dog gets some alone time with me to help create an individual bond.

Expect You should expect that your older dog may correct your new dog with a growl or snap from time to time. This is normal behavior, and it’s how adult dogs teach puppies or new dogs proper social skills and manners. Developing communication early on is crucial for success. Expect disagreements to arise between your dogs. It is your job is to ALWAYS supervise them and prevent any over-the-top or aggressive reactions during the acclimation phase.

Reinforce Reward your dog with positive reinforcement when they show tolerance or good behavior. Avoid punishing your dog for bad behavior because it will only add to their stress and promote further anxiety towards the new dog. NEVER punish your dog for communicating how they feel. We want them to feel comfortable expressing themselves when they have had enough. If my dog doesn’t move away, growl, or snap when the puppy lies down next to him, I say “Yes” and reward with a treat. Between those small interactions and limiting your dog’s exposure to the puppy, you can work towards peaceful coexistence. If the relationship is consistently rocky or declining, pursue professional dog-training advice immediately.

There will always be a period of adjustment where your new dog and your current dog learn how to interact with one another. No matter how compatible the two dogs may seem on paper, it’s not uncommon for conflicts to arise. It’s important to let your dogs safely work through their problems as they learn to share their lives with each other.

Adding a new pup to your family can be both fun and exciting, however, it is not without risk.

Some dogs are simply not compatible with other dogs, and it is your responsibility as the owner to make that decision.

IF you do decide it is appropriate to add another dog to your family, then it is also your responsibility to determine which dog would make the best companion.

Once the two dogs have been introduced, stick to the SUPER method.

Be patient, take things slow, and remember that adding another dog was your decision. Things will take time to adjust.

Allow your pups to communicate their differences, but be sure to supervise them. Be positive and praise good behaviors.

Over time, you and your dogs will find happiness in your lives together and will soon be unable to imagine a time without each other. 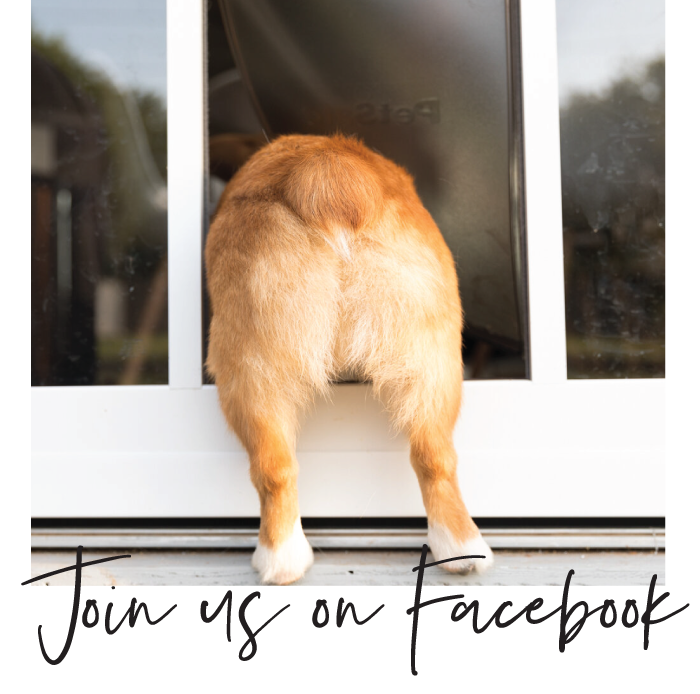