The Importance of Spaying/Neutering Your Corgi

One of the most important health decisions you’ll make as a young pet parent is the decision of when to spay/neuter your corgi.

Desexing your dog has several health benefits and has been proven to increase your dog’s lifespan, decrease their risk of certain diseases, and make them more manageable to raise.

Before we deep dive into this topic, let’s start with the basics.

What Is A Spay/Neuter?

Surgical desexing refers to the removal of an animal’s sex organs from it’s body which eliminates it’s ability to reproduce.

This procedure is called a “spay” for female dogs and a “neuter” for male dogs.

What Happens During A Spay/Neuter Surgery? 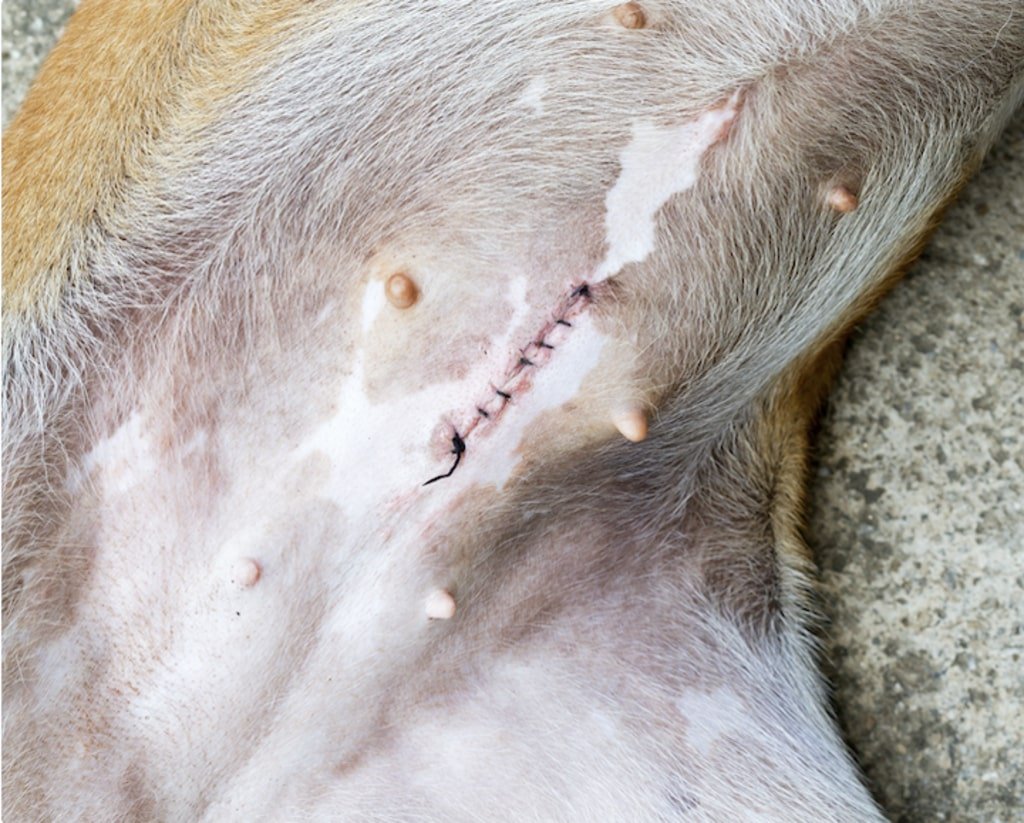 Why Should You Spay/Neuter Your Corgi?

With that being said, there are many benefits to having your pet desexed.

First and foremost, by spaying/neutering your corgi, you’ll be doing your part to help control the homeless pet crisis.

Millions of dogs are euthanized in the US each year due to the epidemic of stray dogs plaguing our shelter system.

This gross overpopulation of dogs is largely attributed to the unethical and irresponsible practice of breeding pets (backyard breeding) and the mass production of puppies for profit (puppy mills).

When I talk to young pet parents about their plans to spay/neuter, I commonly hear phrases like, “We are waiting for him/her to have a litter of puppies before we have them fixed.”

There are many, many reasons why I highly discourage breeding pets.

The most obvious reason being that breeding corgis is dangerous for both the mom and the puppies.

Corgis have an exceptionally high rate of birthing complications and often require c-sections according to Dr. Evans in 2010. (35.7% of Pembroke Welsh Corgi deliveries are via a c-section).

It requires an experienced breeder to decide which pairing would produce the best offspring: conformationally, behaviorally, and genetically.

TLDR: Please leave the breeding to reputable, experienced breeders and do not breed your pets.

Health Benefits of Spaying/Neutering a Corgi

There is not a specific reason why altering your pet increases their lifespan.

However, statistically speaking, a sterilized dog is significantly less likely to die from cancers/tumors associated with the reproductive organs, infectious diseases, traumas, and vascular or degenerative diseases.

Long story short, having your pet fixed increases their chances of living a longer, healthier life.

Behavioral Benefits of Spaying/Neutering a Corgi

Let me be clear, spaying/neutering is not a quick fix for behavior problems.

Although spaying/neutering your pet often reduces undesirable behaviors caused by a higher level of sex hormones, there is no guarantee that your dog’s behavior will change after they are altered.

The effects of spaying/neutering are largely dependent on your dog’s personality, physiology, and history.

Behavioral problems that can be alleviated by spay/neuter include:

At the end of the day, the purpose of having your animal fixed is not to eliminate these unwanted behaviors.

Instead, you should spay/neuter your dog because it makes them happier, healthier, and it saves lives by reducing overpopulation

Having your animal spayed or neutered is the responsible thing to do.

At What Age Should You Spay/Neuter Your Corgi?

The topic of timing has long been a source of contention among veterinary professionals.

There is no blanket statement or one size fits all when it comes to the best time to sterilize your pets.

Not too long ago, it was standard practice for puppies to be surgically sterilized as early as 8 weeks old.

These early spays and neuters were done as a preventative measure by animal care professionals to help control the overpopulation of stray dogs… and it worked!

Since shelter spay/neuter programs were instituted many years ago, intake rates for shelters have fallen nearly 75% nationwide according to Dr. Bushby in 2018.

However, a handful of studies conducted at several prestigious veterinary colleges (such as UC Davis and Cornell University) have challenged the health benefits of widespread spaying/neutering of young companion pets.

These studies have raised concerns that early spays and neuters may predispose dogs to certain orthopedic conditions and even certain cancers.

Cornell University College of Veterinary Medicine published a study in the Journal of the American Veterinary Medical Association that found a direct correlation between early desexing and orthopedic development complications in young dogs.

The study found that the risk of a dog developing Canine Hip Dysplasia (CHD) doubled and the disease developed at a younger age in the early-neuter group when compared to both the intact and late-neuter groups.

So, what does this mean?

This means that sterilizing your pets at too early an age might be doing more harm than good!

When Should I Have My Corgi Spayed or Neutered?

Unfortunately, there is no one size fits all answer here. The truth is, it depends!

Sex hormones play a large role in the growth and development of your dog. Cutting off the source of these hormones prematurely can be devastating to the long-term health of your pet.

By waiting until your dog reaches sexual and physical maturity, you will be allowing your pet to grow and develop naturally, reducing or eliminating the consequences associated with early spays and neuters.

So, how do you tell if your dog has reached maturity?

Well, as a male dog reaches sexual maturity, you will notice an increase in sexual behaviors such as roaming, marking, or even mounting.

We can expect male corgis to reach sexual maturity anywhere from 6-8 months of age.

With female dogs, it’s a little bit easier to tell. Once a female dog reaches sexual maturity, she will go into her first heat cycle. Female corgis tend to come into their first heat around 9-11 months old.

Physical maturity, in both males and females, is indicated by the closing of growth plates. This is best determined by your vet.

In general, you can expect growth plates to be completely closed by 18-24 months of age in corgis.

This is why it’s ideal for pet parents to wait until their corgi reaches 18 months old, at least, before they consider spaying/neutering their dog.

Waiting to spay/neuter until maturity is especially important for corgis as their conformation makes them highly prone to hip, back, and joint problems.

By allowing them to grow and develop naturally, we can reduce and even eliminate the risk of future injury or diseases for our dogs.

The decision of when to spay/neuter our pets is just ONE of the many tough decisions we will face while raising our dogs.

It’s important to make educated decisions and ALWAYS consult your veterinarian when it comes time to spay/neuter your dog.

There are many benefits to having your dog spayed/neutered.

Statistically speaking, they will be less prone to certain diseases and are likely to live a longer life.

You can also be 100% certain that your animal will not be contributing to the pet overpopulation epidemic we are currently facing.

Based on several studies, I recommend waiting until your dog has reached physical and sexual maturity before you have them altered.

By doing so, you will be reducing the risks associated with early desexing such as ACL and CCL ruptures, or even hip dysplasia.

Not only will desexing your dog make them happier and healthier for many years to come, but it is also the right thing to do.